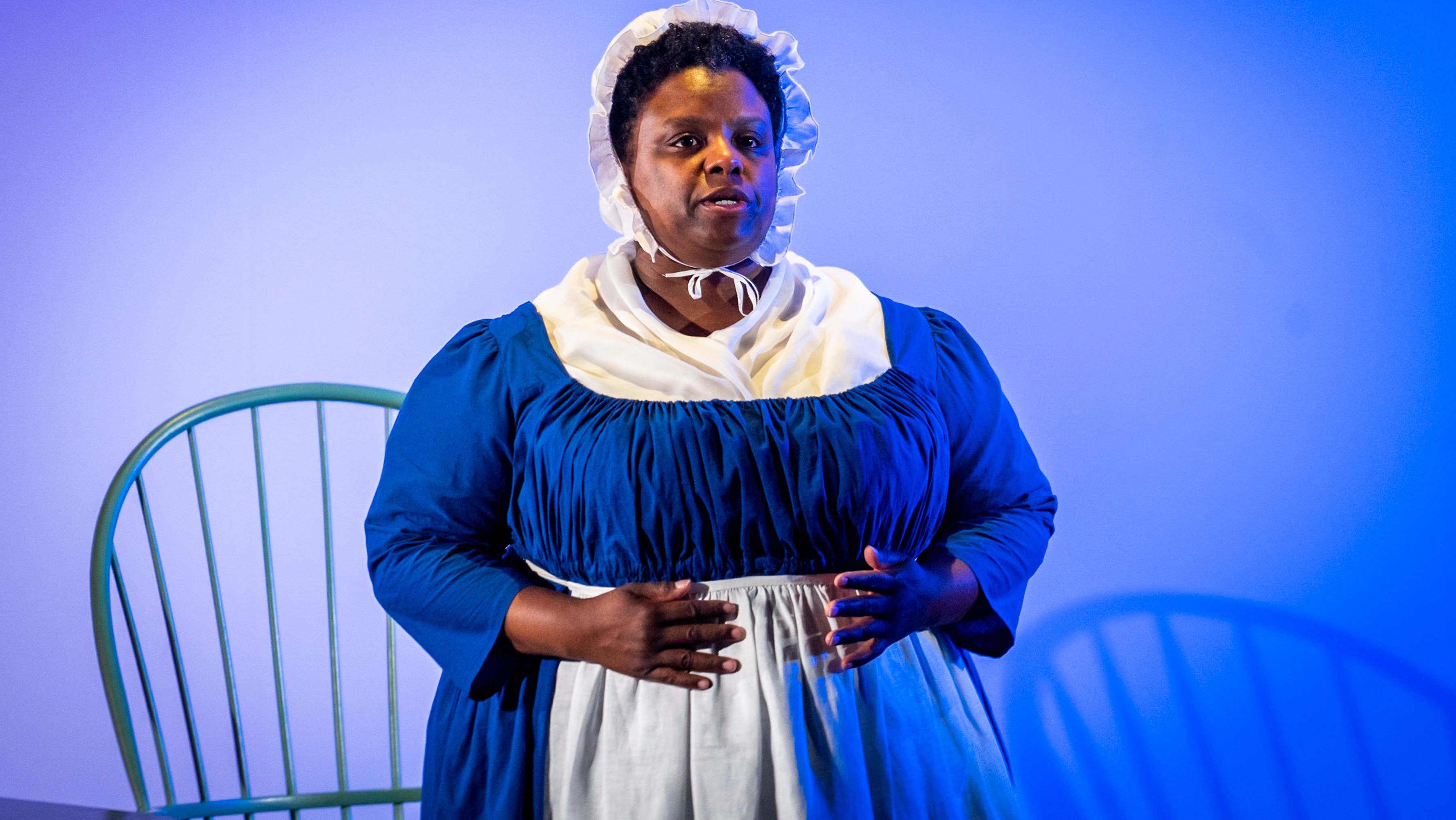 Celebrate Black History Month and explore the stories of unsung Revolutionaries with the Museum of the American Revolution this February. In the Museum’s galleries and through special virtual events for all ages—including a virtual playdate, an artisan workshop, panel discussions and more—experience a fuller and more inclusive history of our nation’s beginnings and discover that the Revolutionary story is for everyone.

“This Museum was created to tell an inclusive, ‘warts-and-all’ narrative of the American Revolution, so sharing the often-untold stories—especially of people of color—is a core element of what we do every day,” said Adrienne Whaley, Director of Education and Community Engagement. “But during Black History Month, we are shining a special spotlight on the Black men and women who played essential roles in establishing our nation.”

Experience the Museum’s clean, uncrowded galleries with new limited visitor capacity and enhanced health and safety procedures. At 11:15 a.m. and 1:15 p.m. daily, view a new 25-minute filmed one-woman theatrical performance based on the life of Elizabeth “Mumbet” Freeman, an enslaved woman who sued for her freedom and won. The film is shown in the Museum’s Lenfest Myer Theater.

Advanced online ticket purchasing is recommended to guarantee availability. Tickets can be purchased at www.amrevmuseum.org or by calling 215.253.6731. Kids ages 5 and under are always free.

Artifact Highlight (Onsite)
Located in the case next to Washington’s War Tent
In February, view a newly installed artifact – the discharge of an African American soldier, signed by General George Washington. The soldier, Cash Palatine, was from Lebanon, Conn., and enlisted in a Connecticut Regiment of the Continental Army in 1777. He served until his discharge in 1783. Along the way, he served through many of the significant events of the Revolutionary War, including Valley Forge and the Battle of Monmouth. His wartime service is well-documented in muster rolls in the National Archives. After the war, he married Rose Cosman in 1784 and had two children. He died in 1791 and is buried in Lebanon, Conn.

Artisan Workshop Stitch-in: Make Elizabeth Dorn’s Gown (Virtual)
Wednesdays, Feb. 3–24, 2021 from 7:30 – 8:30 p.m.
In this four-week virtual workshop taught by guest artist Kirsten Hammerstrom and Gallery Interpretation Manager Dr. Tyler Putman, learn to make your own “short gown” based on one that belonged to a free Black woman, Elizabeth Dorn. Dorn’s short gown is currently on loan from the Monmouth County Historical Association and on display in the special exhibition When Women Lost the Vote. No prior sewing experience required. Tickets and more information here.

Presidents Day Weekend (Virtual and Onsite)
February 12 – 15, 2021 from 10 a.m. – 5 p.m.
Commemorate Presidents Day Weekend onsite or online with family-friendly tours, talks, crafts, and more exploring the nation’s first president, George Washington, and the diverse range of people he would have interacted with, including William “Billy” Lee, Washington’s enslaved valet, and Harry Washington, who escaped from Mount Vernon and found freedom by fighting as a loyalist during the Revolutionary War. Tickets and more information here.

The Fourth Annual Forum on Racial Understanding (Virtual)
Wednesday, Feb. 20, 2021 from 1:30 – 3 p.m.
In partnership with the Museum, the Dennis Farm Charitable Land Trust will present the fourth annual Lonae A. Moore Memorial Forum, “It Begins with Each of Us: Fostering Racial Understanding”. The discussion will be virtual this year, with Attorney Alexandria Harris, executive director of the Andrew Goodman Foundation, and Charles Gallager, Ph.D., professor and chair of the Department of Sociology and Criminal Justice at La Salle University joining as panelists. Visit thedennisfarm.org for registration and details.

Discovering Black Voters in Early New Jersey (Virtual)
Thursday, Feb. 25, 2021 from 6 –7:15 p.m.
Learn about the discovery of Black voter Ephraim Hagerman on a poll list from 1801 and how Sourland “history detectives” helped to identify other Black voters from Revolutionary-era New Jersey. Join Elaine Buck and Beverly Mills with Museum curators Dr. Philip Mead and Dr. Marcela Micucci as they discuss the historic houses and cemeteries connected to the Black individuals who were identified as some of the nation’s first voters. Tickets and more information here.

History Explorers Club (Virtual)
Saturday, Feb. 27, 2021 from 11:30 a.m. – 12:30 p.m.
This virtual kids’ club meeting will delve into the story of Ona Judge, a woman who escaped enslavement from George and Martha Washington’s household. Learn how she escaped and where she went, then view an object that may have been part of her first steps to freedom. Tickets and more information here.

When Women Lost the Vote Special Exhibition (Virtual and Onsite)
Don’t miss the Museum’s special exhibition When Women Lost the Vote: A Revolutionary Story, 1776-1807, which is on view through April 25. The exhibition explores the stories of the women and people of color who first pioneered the vote in the Revolutionary era. Integrated with the Museum’s core galleries, it is included with regular Museum admission and connected with a free audio tour. The exhibition is now available to all online through a robust virtual experience.

Museum Experience (Virtual and Onsite)
At the Museum and in our free Virtual Tour, explore other personal—often unfamiliar—stories of free and enslaved people of African descent during the Revolutionary era. Learn about Deborah Squash, who ran away from Mount Vernon and sought protection with the British Army; Olaudah Equiano, who purchased his own freedom and published a memoir of his experiences; and Crispus Attucks, a dockworker of African and Native descent who was killed during the Boston Massacre and is considered by many historians to be the first casualty of the American Revolution; among many others.