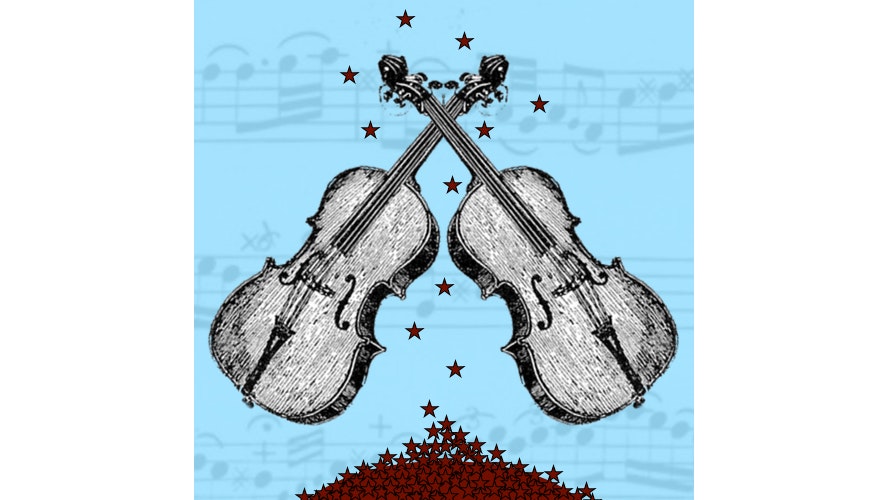 Tempesta di Mare's cellists, Lisa Terry and Eve Miller, will perform virtuosic duets from the French baroque and beyond by François Couperin, Martin Berteau, Jean-Louis Duport and James Offenbach. The violoncello was practically unknown in France at the turn of the 18th century. Lisa Terry and Eve Miller offer a delightful survey of duets by player-composers, featuring works by players who themselves had moved from playing bass violin to the new cello, and from using an underhand bow grip to overhand.

Works include sonatas by the “father of the French violoncello,” Martin Berteau and by Jean-Baptiste Barrière, who was the first French cellist to perform at the Concert Spirituel in Paris, and duos by such standard-repertoire composers as Jean-Louis Duport. And Jacques Offenbach, opera composer and virtuoso cellist, makes an appearance with a sumptuous duet worthy of the music hall stage.

Tickets are available for purchase through Tempesta di Mare. Please plan to check in with Tempesta di Mare staff at the registration table near the Museum entrance between 1:30 p.m. and 3 p.m. Elevators will open for exclusive access to the concert in the Museum’s third floor Liberty Hall at 2:30 p.m.

A limited quantity of concert plus Museum admission tickets are available through Tempesta di Mare, which includes one-day Museum admission, a guided highlights tour at 2 p.m., and the concert at 3 p.m. Ticketholders will meet Museum staff guided the tour at Tempesta di Mare’s registration table. This 50-minute tour is limited to 15 participants and will conclude in the concert hall before 3 p.m.

About Tempesta di Mare
Tempesta di Mare is Philadelphia’s premier baroque orchestra and chamber ensemble. With every performance, Tempesta creates a sense of discovery. From innovative programming that has resulted in over 35 modern world premieres of lost and forgotten baroque masterpieces, to the ensemble’s signature interpretive approach evoking drama and emotion—their performances are true to their name: “storm at sea.” For more information, upcoming events and sound-links visit www.tempestadimare.org.

Learn more about the Museum's health and safety protocols for visitors and staff during the COVID-19 pandemic. See Content